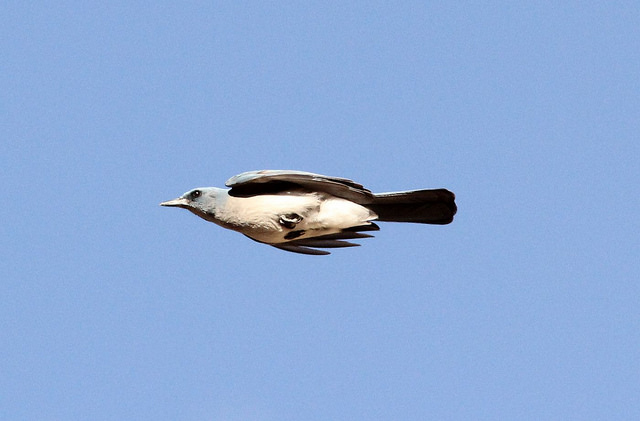 Corvids are among nature’s most intelligent animals and have demonstrated several remarkable abilities such as self-recognition and tool use. Several species within family Corvidae exhibit strong social behaviour with distinct classes, and even engage in social games. Group size has been used to explain the development of complex cognition in birds, as living in large collections requires the ability to distinguish between individuals, monitor activity, and classify relationships. As a result of their cognitive abilities and personalities, I have always been interested in Corvids such as Ravens and Magpies.

This reading-week, while on a family trip to Southern Arizona, I had the opportunity to observe the behaviour of Mexican Jays (Aphelocoma wollweberi) in several campgrounds, as they interacted, foraged, and demonstrated social activity. One of the most fascinating discoveries was an apparent “scout bird” that remained high in a tree for over an hour, while all other individuals flitted around on the ground and onto low tree branches. While the scout did not depart its post, it frequently called out to those below it. Upon hearing the call, all other group members returned some sort of vocalization, perhaps describing their location, or simply “checking in” and letting the others know what activity they were engaged in. 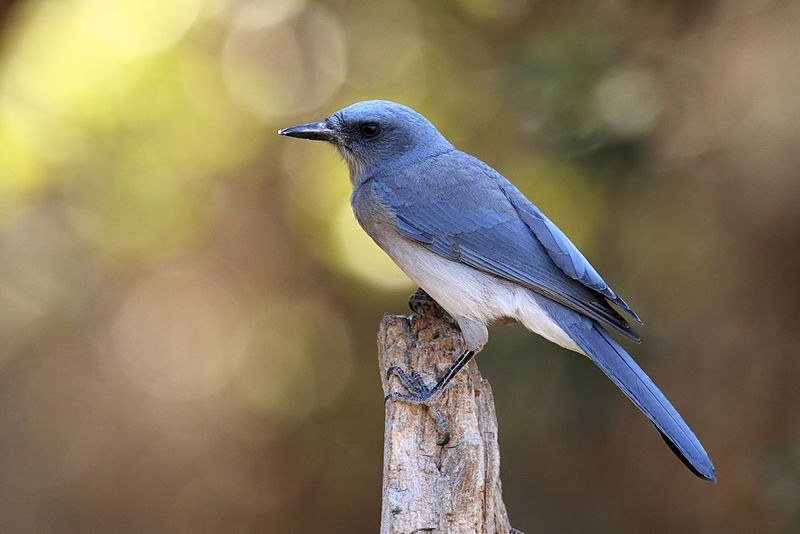 Initially, I was simply engaged by these animals because of their striking colouration, and curious natures. However, upon researching them further, it turns out that Mexican Jays actually exhibit the most complex social behaviour of any bird species and are able, for instance, to distinguish between group members based on individual calls. This sociality may explain the scouting behaviour of the sentinel bird – perhaps it was checking in to make sure each member was still in the area. In addition to their ability to recognize individuals, Mexican Jays also exhibit incredibly complex reproductive behaviour. Within groups of birds, more than one female breeds – in contrast to species like wolves, where only the alpha female reproduces. This phenomenon is known as plural breeding, and in Mexican Jays, is accompanied by an extremely high rate of extrapair fertilization despite the species being socially monogamous.

Another fascinating observation that I made while studying the birds was that they were able to understand the water pipe adjacent to our campsite. I was curious why the birds seeming to be grouping around our site and not others (where other campers had food out on the picnic tables) and didn’t discover the reason why until after an hour or so of watching them. At that time, someone turned on the water tap, and the Mexican Jays immediately flocked to the outlet of the pipe and were able to balance upon it to drink the fresh water flowing from within. In their desert habitat, water is likely in extremely short supply, and so this ability to recognize and capitalize on a water supply may have given the birds a significant advantage.

Corvid birds such as Mexican Jays exhibit incredible intelligence and phenotypic plasticity – taking advantage of their surroundings in a way that improves their fitness. As climate change continues to stress the desert habitat, it will be intriguing to see what behavioural and physiological adaptations these remarkable birds will develop.

This work by Megan Kinley is licensed under a Creative Commons CC-BY Attribution 4.0 International License.

A Day at the Beach

Look at this face. Who could say no to this face?