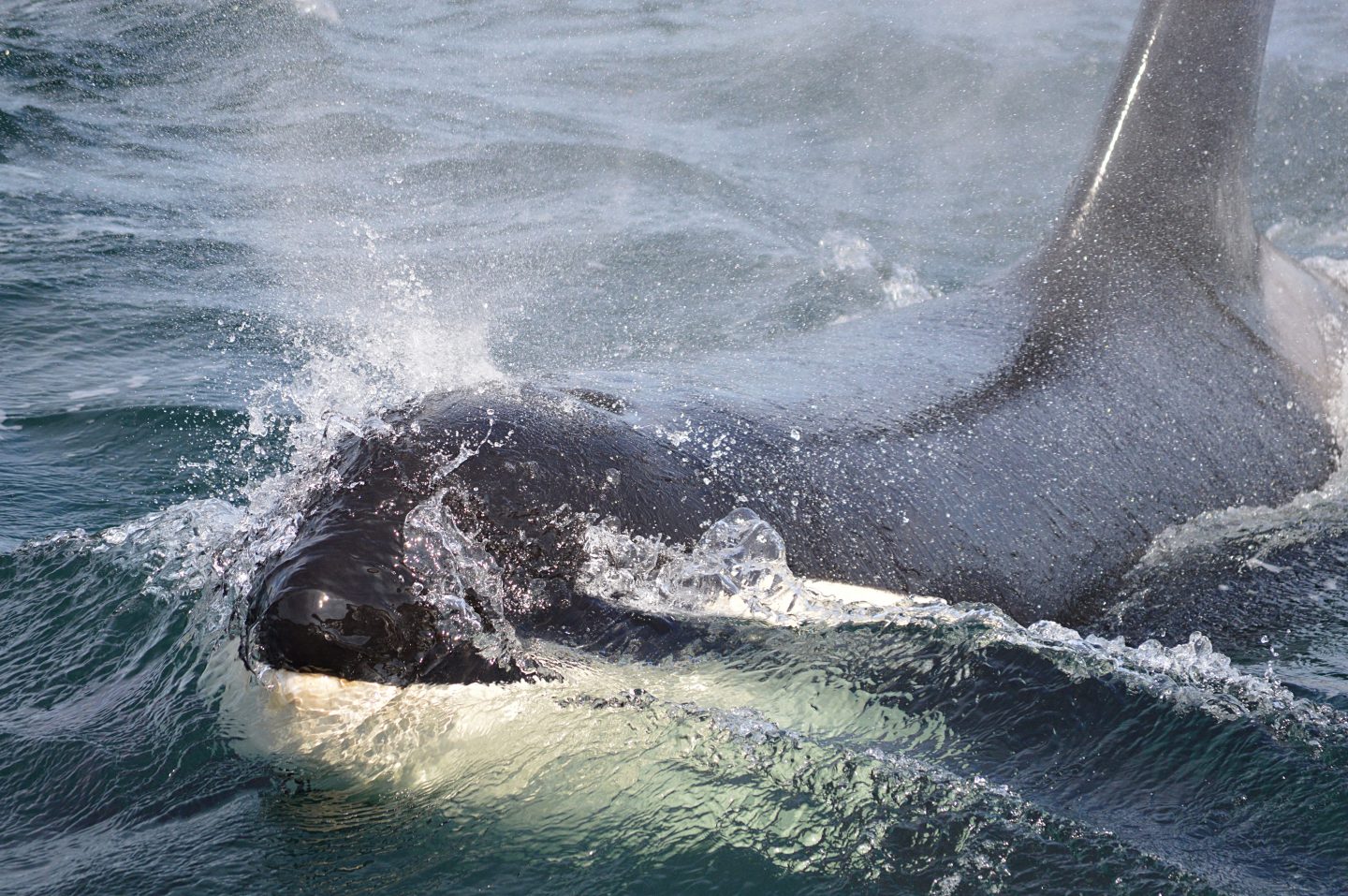 A Day at the Beach

In the Robson Bight (Michael Bigg) Ecological Reserve on the North Eastern coast of Vancouver Island, something special has been happening for thousands of years.

This place, though it has not always an ecological reserve, has been sacred to Northern Resident Killer Whales for generations. Robson Bight is one of the only places in the world where killer whales come to rub their bellies along the ocean floor. Somehow, this particular pebbly beach is unique from the thousands of others that surround the tiny islands of the Broughton Archipelago and line the rocky coast of Vancouver Island. For this reason, the ecological reserve was created in 1982. Several years ago, an underwater live cam was installed in the shallows of the rubbing beach. This has allowed people from all over the world to witness the magic of this special place. The underwater camera at Robson Bight sheds light into this hard-to-see phenomenon. People are not legally able to swim with killer whales anywhere in Canada, and on top of that,  the ecological reserve is closed to people (in boats or on shore), but the cameras do not disturb the whales, and allows people to witness this unique and breathtaking display of these beautiful animals. 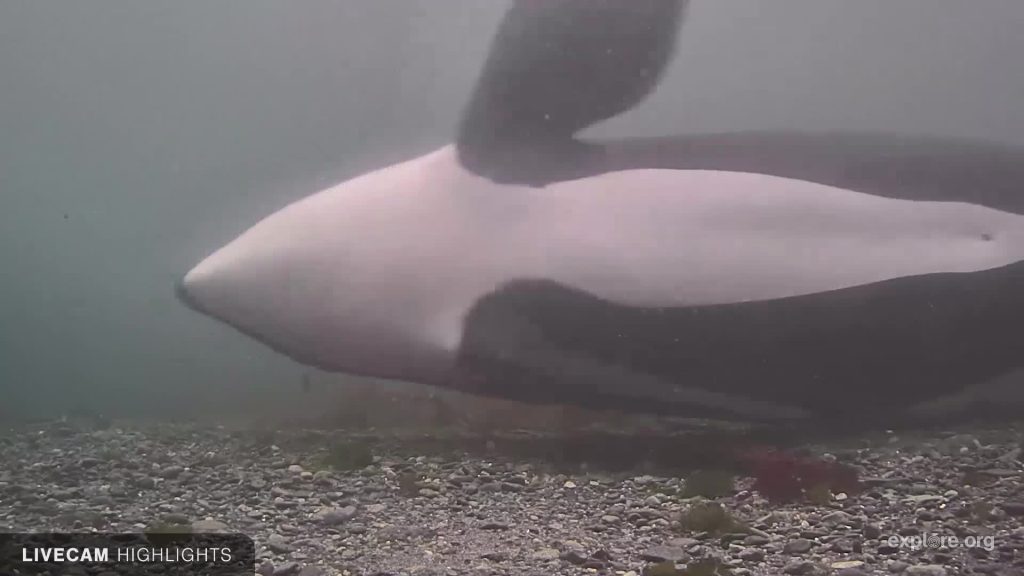 Why do killer whales rub their bellies? We don’t know. Killer whales have their own culture, and for some reason, the Northern Resident killer whales of BC’s central and northern coast have incorporated beach time into theirs. There have been many theories as to why they might rub their bellies. For a time, parasite removal was thought to be the cause but this has been disproven. These Northern Resident Killer Whales are the only subspecies that rub their bellies. If it were parasite removal, more species would be engaging in this behaviour.  Currently it is believed that perhaps it strengthens family bonds within the matrilines that these whales travel in. 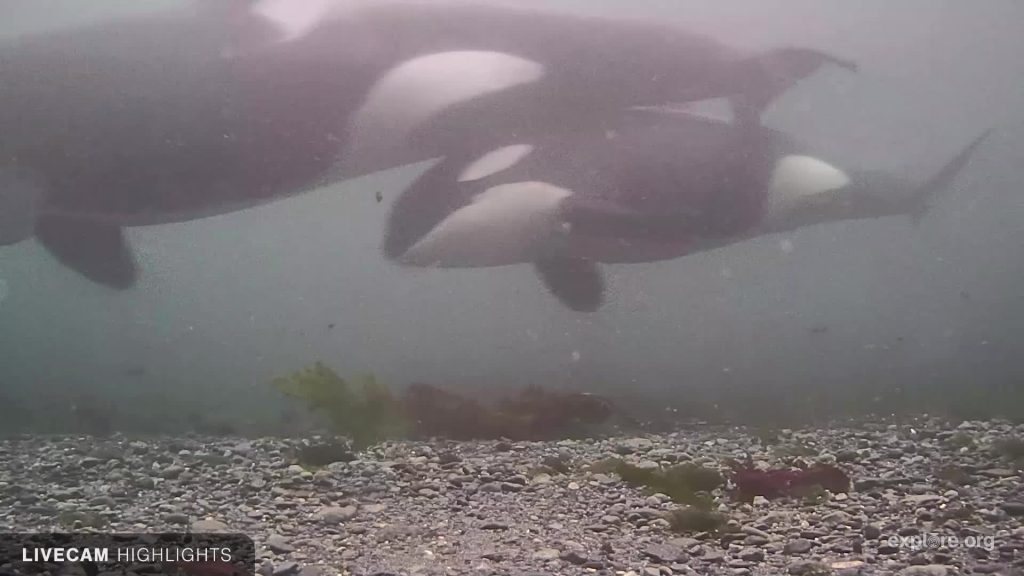 .           Why do killer whales always return to this same beach? Because their mothers told them to! Killer whales live in matrilineal groups (called matrilines) that they stay in for their entire life. Each matriline may contain anywhere from 3-20 individuals. All members of a matriline speak the same dialect and it is believed that elder females lead their families and pass on their wisdom and knowledge. So lead females bring their families to Robson Bight every summer and the pattern continues, but why was this beach chosen so many generations ago? Nobody knows.

Not only is one able to witness the beauty of the killer whales swimming below the waves through the live cam, but they are also able to listen to the families’ vocalizations. The camera picks up the sound of the whales talking to one another while they spend their time at the beach. Because killer whale matrilines speak different dialects based upon which clan they belong, a keen listener is able to tell the difference between vocal patterns and determine which clan the matriline belongs to. It is unknown how complex killer whale communication actually is. Because it varies genetically and young individuals appear to learn it from their mothers, it has the potential to be fairly advanced. There is a large variety of sounds that can be heard on the live camera’s audio feed, and it is difficult to not anthropomorphize this into being a language. 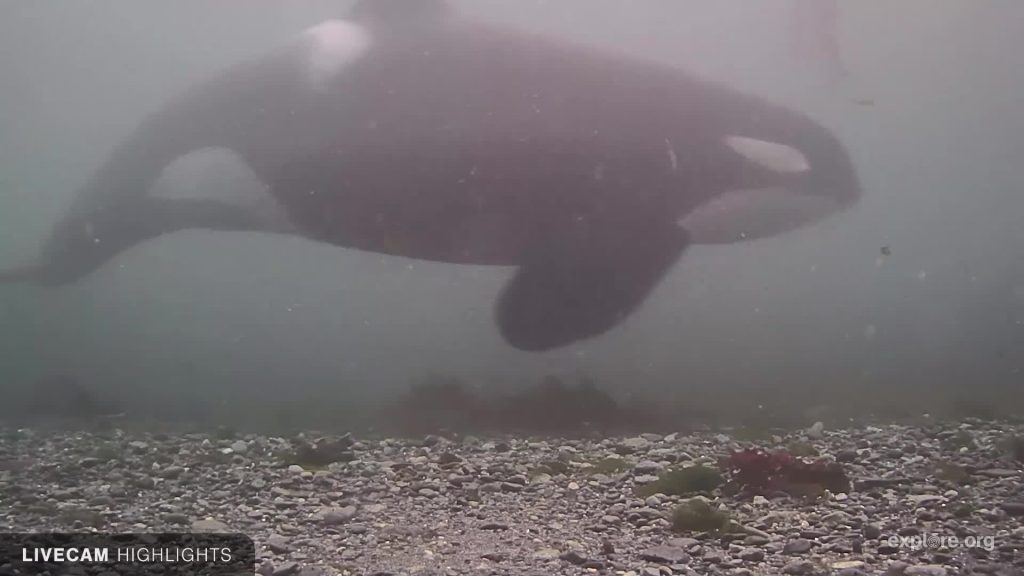 I watched the camera for 30 minutes. I saw adults rub along the beach with skill and grace, and watched young whales’ attempts at rubbing their bellies and flanks. Very small calves stayed close to their mother’s side while she glided across the pebbles. There was a constant stream of chatter throughout the entire half hour that I watched, paired with the continuous clicking of echolocation. Because it is winter and the killer whales are not at Robson Bight during this time, the camera is currently showing highlights from the previous summer. My 30 minutes of viewing was made up of two clips. Based on their vocalizations, I was able to identify that one of the families was G Clan, and the other was A clan. The current swirled plankton, jellies, and seaweed across the pebbled bottom. Each time an orca swam by its wake pulled the jellies and plant material around in a vortex. 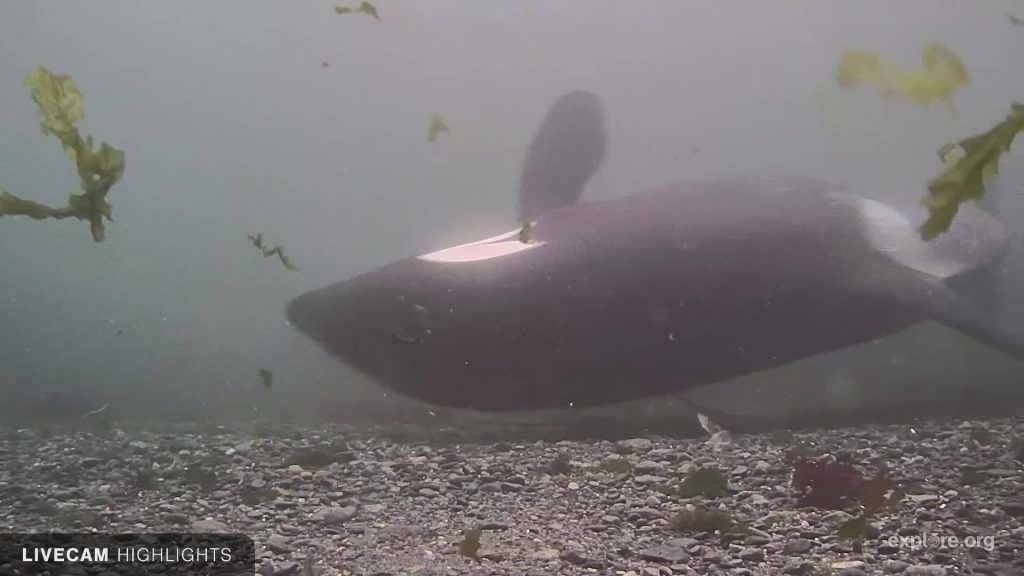 Having the privilege to watch these mysterious mammals engage in a behaviour that is so poorly understood never ceases to send chills down my spine. As they glide past the camera on the ocean floor, they’re suddenly not the animal that can take down huge prey (like sharks and Sperm Whales) but rather a family member, socializing at the beach, much like a human family would. It serves as an excellent reminder of how little we know about the ocean and those creatures who live in it, and what we stand to lose if we cannot protect these animals from the pressures we place upon them.

This work by Emily Holmes is licensed under a Creative Commons 4.0 International License.