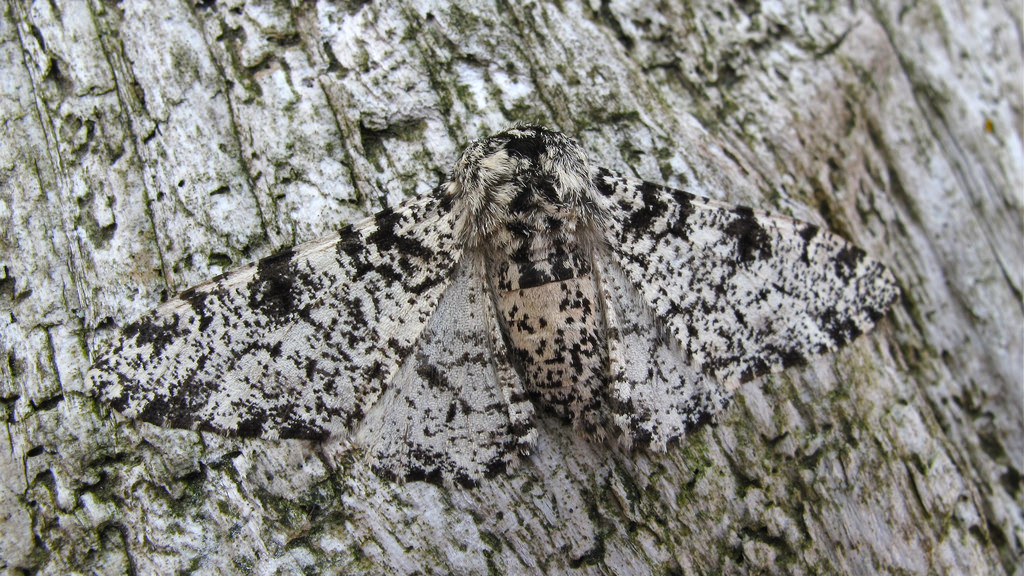 The original, light-coloured phenotype of the Peppered moth, camouflaging against a tree trunk. Photo licensed for reuse.

Since the dawn of humanity, people have hunted animals for sustenance or in defense of family and livestock. These direct actions have had catastrophic impacts, however, it is only recently that the indirect actions of humans have had such an impact on so many species.

Habitat destruction, climate change, poaching, noise pollution, entanglement in human debris, microplastic contamination of water, introduction of invasive species, air pollution, and migration disruption are just a few of the factors pushing many species towards extinction. Many of these ideas are considered to be fairly recent, and have only become an issue due to rising global population and reliance on fossil fuels and oil products.

Some organisms have been observed to adapt well to changing conditions. The best example of this might be the Peppered Moth (Biston betularia). The Peppered Moth is a small, nocturnal moth that lives over most of the world. It is about 5.5cm across and, as the name would suggest, is speckled in appearance. 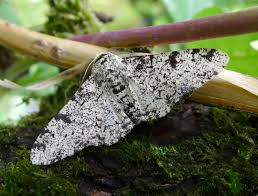 One of the regions that this small moth calls home is the British Isles. From 1760-1840, Britain experienced huge growth in industry. Before the explosion of factory manufacturing, most products had been hand-crafted, meaning little machinery had been used. With so much production, air quality decreased rapidly. The creation of soda ash was particularly detrimental to air quality, as it released noxious gases and smoke into the atmosphere. All of this lead to deposits of carbon, coating everything from houses to trees. Suddenly, the Peppered moth went from blending into wood to standing out- white on black.

At this time, Darwin’s theory of natural selection and evolution was not widely accepted. When biologists started to notice the colour shift in the Peppered moth, however, that began to change. By 1895, 98% of Peppered moths were the black phenotype. This made them blend in against the now- dark environment, meaning they were harder to see, and therefore, harder to consume. The lighter, original phenotype stood out to predators and made them less successful, or, as Darwin would have described it, less “fit”. 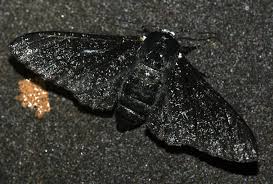 So what’s the big deal? There was soot on everything and a moth changed colour. Who cares? This was actually very significant, as it is still one of the only instances of visible evolution. Generally, natural selection occurs over hundreds or thousands of years, making it impossible to witness first hand. The Peppered moth spoke to the power of natural selection. It also was a perfect illustrator on how human activity was forcing animals to adapt their behaviour (in this case, their sexual selection of mates).

The moth indicated the poor air quality before Britain even thought to regulate air pollution, but soon the human population started to see the negative impacts of the smog. Several laws were put into place to try and reduce the air pollution. The first of which was the Public Health Act, enacted in 1875. This act was meant to decrease the amount of smoke being released from factories, trains, and private fireplaces. The most recent was passed in response to the Killer Smog of 1952. The Clean Air Act of 1956 outlined areas of stricter smoke control. Chimney height had to be reduced, only smokeless fuels could be burned, and smoke that was released was only allowed to be so dark. This did not eliminate the air pollution issue, but it did decrease it.

How did this change in policy impact Peppered moths? With the deposits of soot decreasing all over Britain, it was no longer advantageous for moths to be dark in colour. With the trees returning to their original light colouration, the moths once again stood out- this time black on white. Suddenly, the moths that would have been superior at the height of the Industrial Revolution were more vulnerable to predation and, therefore, less fit. If the moths wanted to survive, they would have to make another behavioral shift, once again demonstrating the power of natural selection to the scientific community. Scientists are hoping that the public can help them to find the distribution of different colouration types of moths over Britain, by identifying Peppered moths and reporting on what colour they are. 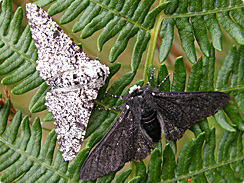 The Peppered moth is an interesting example of natural selection and behavioural adaptation, but really it is a ‘near miss’. If the moth had not been able to adapt its colouration to the human-impacted environment, it likely would have gone extinct over a century ago. It’s a near miss because human influences almost had serious consequences for this species.

What about species that cannot change their colouration? Or cannot naturally select their way out of poaching or entanglement? What about organisms who find that their stop-over migration grounds have been turned into a subdivision, when only one year ago it was a marsh? Though the Peppered moth didn’t really end up experiencing lasting population or even behavioural changes as a result of decreasing air quality, many species aren’t so lucky. We should take the story of this little creature as a tale of warning: we as humans have huge influence on the fate of most species on the planet, and should take this seriously. 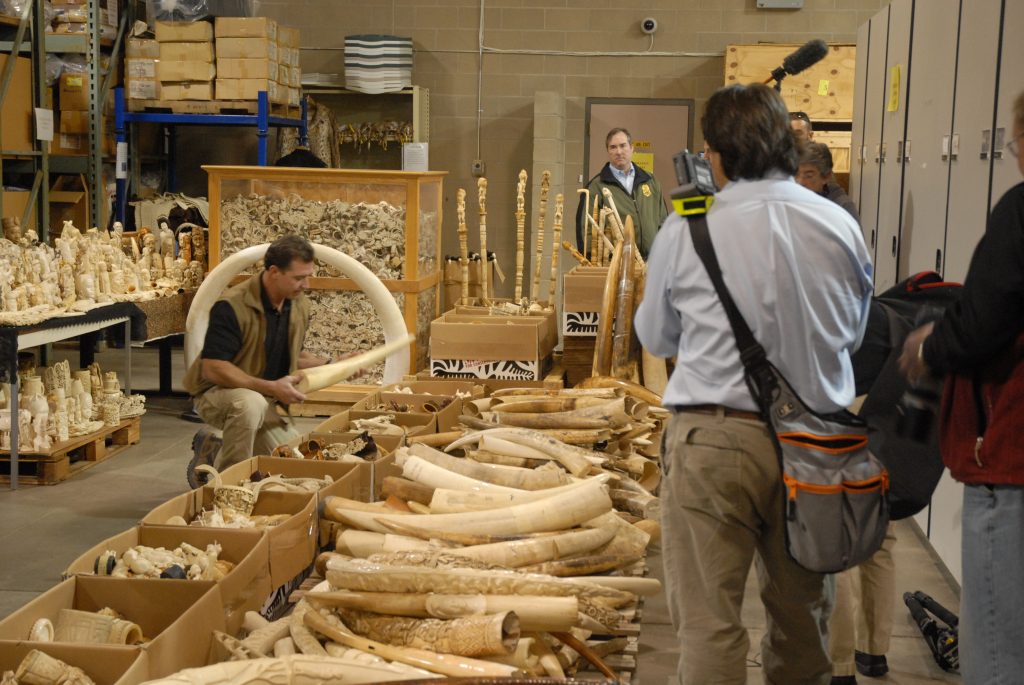 We are entering the 6th major extinction event because of human impact on the planet. Let us learn from this ‘Near Miss Moth’, and take action for species that will not be able to rely on a colour mutation in order to dodge human impact and extinction.

This work by Emily Holmes is licensed under a Creative Commons CC-BY Attribution 4.0 International License.