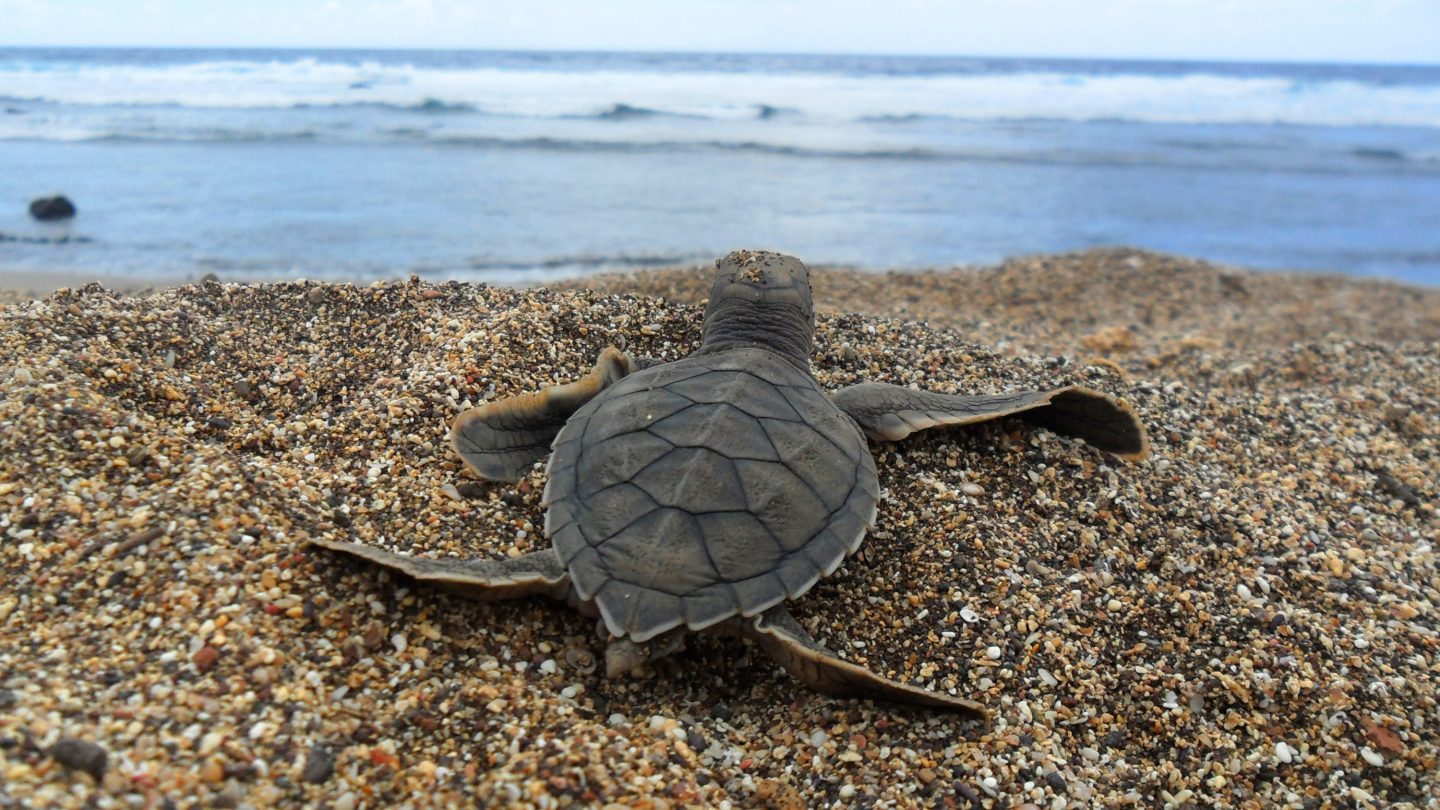 The first time I ever saw a sea turtle, I was in Hawaii. I was floating on my back in Hanalei Bay, it was a cloudy day, but the water was still warm as I gazed at the adjacent sleeping volcanoes. I suddenly felt something brush up against my shoulder and I turned my head to see the face of a Green sea turtle, and it was trying to eat my hair.  I was so surprised that I stifled a shriek and swam a few meters away, and then continued to observe the gentle creature.

There are seven species of sea turtles worldwide, six of which are endangered or threatened due to human interference. Two well known threats to sea turtles are the ingestion of plastics and the entanglement in gill nets, but a new concern for sea turtle conservation stems from a different type of risk; light pollution. 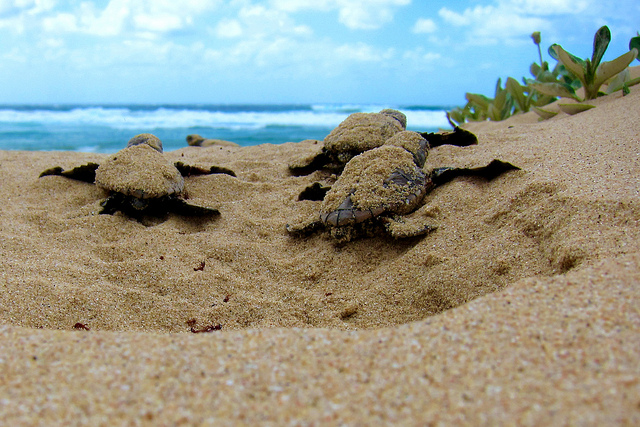 Many animals give birth and nest in the safety of the night from day time predators, and sea turtles are known as nocturnal nesters. When the young turtles hatch, they usually emerge in the dead of the night, reducing their chances of being snatched up by predators. The next step is for them to orient themselves and make the mad dash to the ocean. There are two hypotheses on how these sea turtles orient themselves towards the ocean. The first hypothesis is like their parents, use an internal magnetic compass, however another hypothesis has come into play after observations of sea turtle hatchlings being drawn away from the ocean, toward the bustling lights of a resort or city. Once disoriented, these turtles run the risks of dehydration, starvation, predation, or being hit by a car. So why are hatchlings doing this? Scientists believe that perhaps in addition to their magnetic compass, that these young turtles use the reflection of the moon off the ocean, as a source of light and guide to freedom.

Light pollution is the presence of anthropogenic light in the night environment. It has been shown to disrupt sleep patterns in Great Tits, disorient paths in nocturnally migrating birds, alter singing times in dusk and dawn songbirds, and finally the chain reaction of insects being drawn to light, and bats hunting them in full light which results in higher predation risks for light intolerant bats. All these changes in behaviour are due to light pollution and reduce the fitness of these animals, disrupting the ecological flow of the system. 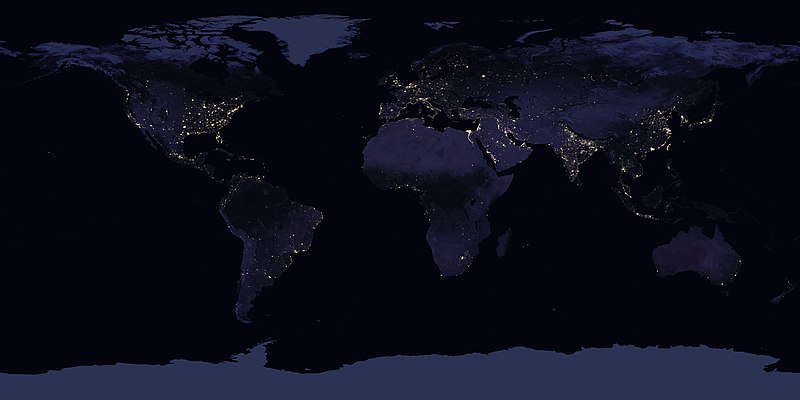 Bringing this back to the plight of turtle hatchlings, it is loosely estimated that 1 in 1000 hatchlings make it to sexual maturity of about 10 years. Once, they reach the ocean scientists have struggled to learn where they go, and how they survive. The first years of their lives have been referred to as the ‘the lost years’, but with recent satellite tracking and isotope analysis scientists have to begun to piece the picture together. With such a low reproductive success, it is a wonder as to how these creatures have remained on this planet and its important to understand they are in a balance with existence.

An important perspective is starting to address that  ‘darkness’  be viewed as an ecological resource, and thus should be protected in similar ways. Many but not all coastal governments have adapted light management ordinances to reduce the amount of light pollution on nesting beaches. There are special types of light fixtures being installed and nestling deterrents on the beaches (such as fences and shrubs) to guide them into the ocean.

Overall, sea turtles are only one of many organisms being affected negatively by light pollution and its important that we understand the impacts to improve conservation efforts.

This work by McKenna Edmand is licensed under a Creative Commons CC-BY Attribution 4.0 International License.