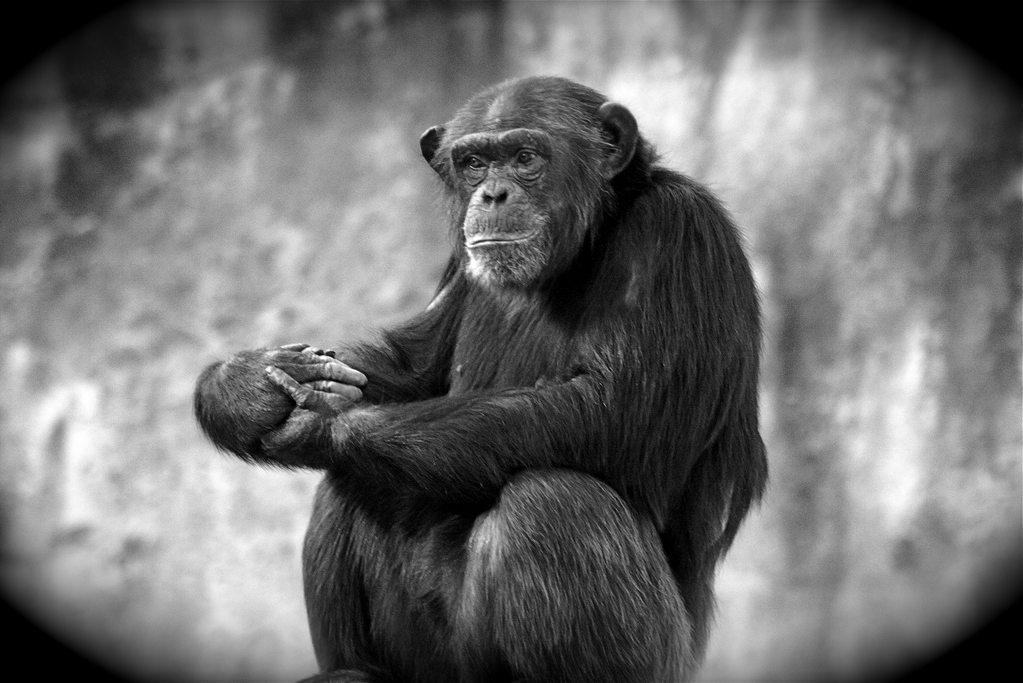 The Common chimpanzee (Pan troglodytes) is one of the two extant, endangered sister species of modern humans (along with the Bonobo, Pan paniscus). It is an intelligent ape that lives in complex, male dominated social communities. Communities of P. troglodytes comprise numerous males and females, the social interactions of which are governed by a linear hierarchy. Community size is generally around 50 individuals, but can be as large as 150 individuals. A community inhabits a territorial range, which generally overlaps the range of adjacent communities. Because of their hierarchical communities, intracommunity violence is uncommon, as most altercations can be resolved by threats of violence and displays. This is not the case between communities, and troops of males patrol territorial peripheries in search of trespassing neighbors.

These trespassers are met violently with fatal aims, especially when the attackers outnumber them. Patrol troops are not necessarily satisfied by simply forcing trespassers out of their territory. When numbers are in their favor they have been known to raid neighboring territory with the intention of killing members of those communities. Such intercommunity violence is widely documented in P. troglodytes. Both attackers and victims are predominantly male. This intentional, planned killing is unique to humans and chimps. It has been demonstrated that this behavior effects territory expansion and increases access to resources and mating opportunities. 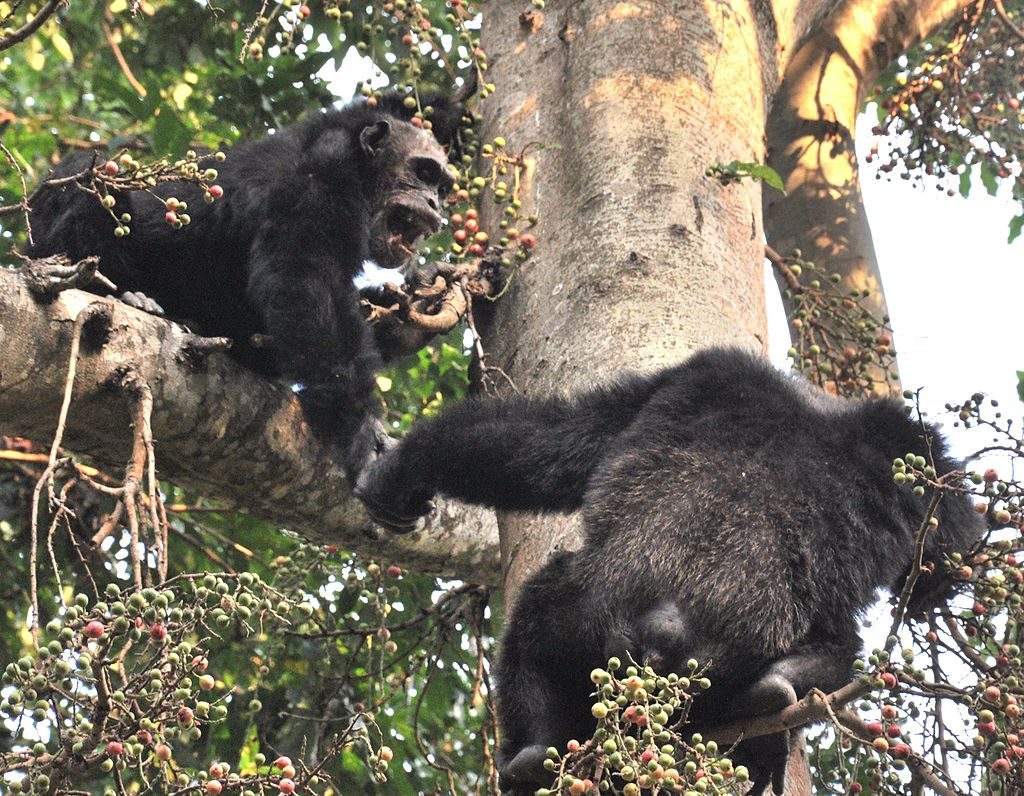 This intercommunity aggression complicates conservation of this species, one of the main threats to which is habitat loss and degradation. The intercommunity behaviors of P. troglodytes means that habitat degradation not only results in decreased resources, but that communities will experience a greater number of territorial encounters as they compete with each other for control of remaining land. It is notable that P. paniscus has been demonstrated to recognize the vocalization of known individuals even after years have passed. This is likely the same way in which P. troglodytes recognizes members of their own communities, and other communities. Decrease of habitat will not simply result in higher population densities; instead, violent encounters between neighboring communities will lead to decreased numbers of P. trogolodytes. Documented wars between communities have resulted in extirpation of entire communities. Aggression of this sort has the possibility of further exacerbating the stressing effects of habitat loss, and also increases the possibility of disease spread, another leading cause of population decrease in P. troglodytes. Increased contact with humans can also increase the occurrence of diseases, such as ebola, which cross the species barrier.

The complex social behaviors of P. troglodytes communities presents a unique conservation problem. For example, mitigating the impacts of logging might be insufficient when the majority of habitat loss or degradation occurs in the range of one community. This would in turn effect neighboring communities when the displaced community begins to encroach on their range and aggressive interactions increase in frequency. Females may be integrated into other communities, but males will be met aggressively. Furthermore, when access to new females occurs, males often participate in infanticide to reduce interbirth intervals. The presence of the child of an emigrating female may risk the life of the mother as well.

There are other problems associated with decreased habitat loss in this social primate. Studies of P. troglodytes in conditions of high population density have shown reduced social interactions, as well as indications of increased social tension. When faced with a smaller territory, a community of P. troglodytes is affected not only by reduced resources and increased negative encounters with neighbors, but intracommunity social interactions might be stressed by the decreased space. Assessment of just how much space an individual needs is hard to determine, and varies between females and males, the former of which is more isolated in its behavior.

When assessing the conservation effects of complex social animals, it is necessary to apply an integrated approach which accounts for the effects of disturbances on social dynamics. In the case of P. troglodytes, complex community structures and aggression to community outsiders is an important facet of their biology to consider in developing holistic conservation practices.

This work by Kevin Huolt is licensed under a Creative Commons CC-BY Attribution 4.0 International License.