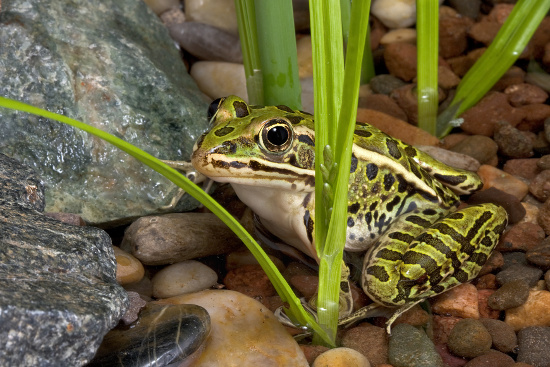 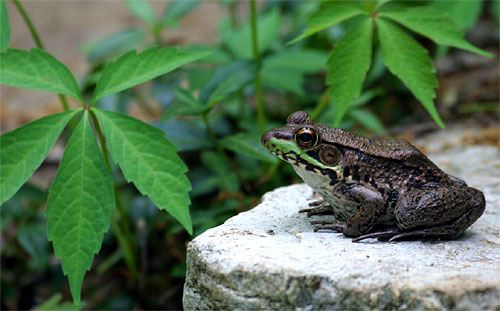 Atrazine, the most widely used pesticide across the United States on corn and soybeans has been shown to have an increased impact on the surrounding wildlife. The insoluble compound does not dissolve in water, creating fields full of an easily washable toxin that seeps into the surrounding watershed when it rains. Once this pesticide is washed from the crops, it accumulates in nearby streams or human water systems. After it enters the water system the pesticide is free to affect the nearby wildlife and human population. Frogs, among many species, is one animal in particular that is being strangely affected by this chemical pesticide. Frogs exposed to atrazine have exhibited multiple ovaries and testes or exhibited both sets of sex organs. This means that these frogs exposed to this pesticide are growing more sexual organs than normal. Male frogs are also found to have regular testes, although when looked inside, there are eggs growing in them. With intersex frogs more prevalent in urban landscapes as well as agriculture landscapes, atrazine impacts may be traveling within water systems and associating with other contaminants to affect wildlife. With predicted multiple substances affecting the reproduction rates of frogs, there becomes an increased risk with survival rates that may result in a massive decline in amphibian populations.

Gonadal gross morphology of ranid frogs. (A) Juvenile male with normal morphology. Note the slight difference in gonad size, with the right larger than the leftC) Hermaphroditic juvenile green frog, having both an ovary (O) and a testis (T) (Murphy et al, 2006)

According to David Skelly, a professor of ecology at the Yale School of Forestry and Environmental Studies, the deformities caused by the agricultural pesticide atrazine, is “certainly not caused by a single chemical, but rather by a whole suite of substances” as there are three times the rate of deformed frogs found in suburban and urban landscapes compared to agriculture alone. This shows that the frog sex deformities has to do with human activity as woodland areas where clear of these mutations. The Human-derived contaminants, including pesticides, being exposed to wildlife populations are shown to act through hormonal pathways creating large influences on minimal concentrations. 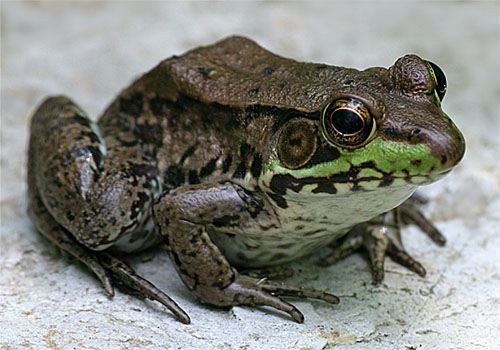 With these deformities being seen more and more in the United States, the concern for this type of effect on a vertebrate should be significant. Many species have similar biological pathways as frogs and should create an increase in concern of possibilities of other animal species developing deformities. With chemicals so prevalent in our environment, it raises distress of what kind of chemicals we are introducing into our ecosystem that has significant impacts on biological functions. Pesticides and or other harmful toxins should not be in used if they have extreme impacts. The possibility of these chemicals affecting human biological pathways is extremely high as these toxins are found in urban communities as well as within our agriculture. These frogs having more or multiple sex organs could signal that this pesticide is subtly affecting human sex hormones in human males and could potentially cause cancer. Future impacts to frogs and humans are still unknown. As for the frogs with increased numbers of testes, their social standard has dramatically fallen, as it is never okay to have more than two balls.

This work by Ashley Sarazin is licensed under a Creative Commons CC-BY Attribution 4.0 International License.