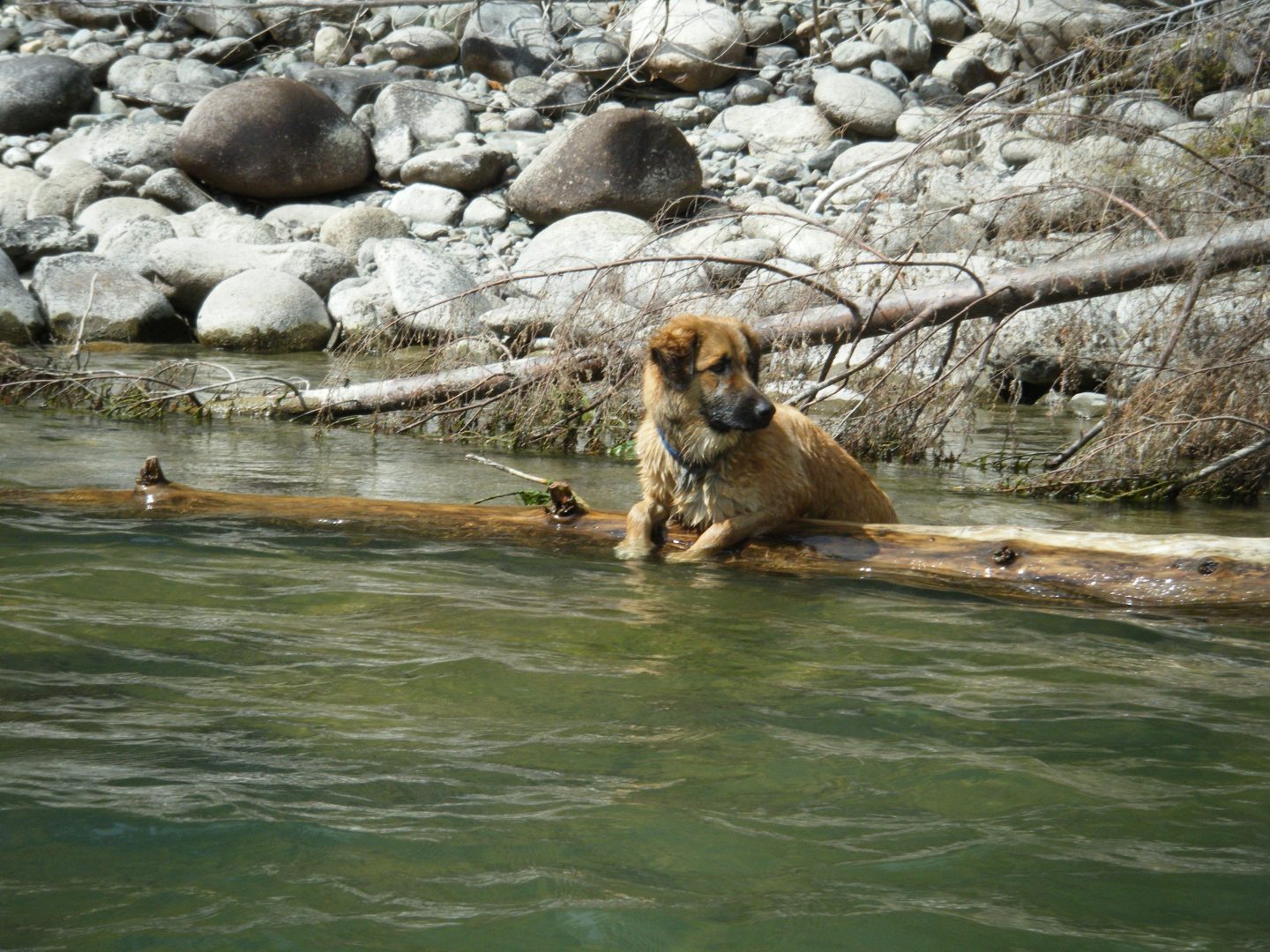 My dog Mika is a two year old, Shepard mix. She has an incredible amount of energy and LOVES to play. Most of what I do in a day involves anthropomorphizing her actions, but she really does seem have a very distinct personality. She is very will full, and whiny and she ‘pouts’ when she doesn’t get her way. She also pouts when she can tell people are laughing at her, or when she gets in trouble in front of other people, she gets ’embarrassed’. She is a very fast runner and loves to be chased, but will NEVER chase another dog. She likes to fetch sticks and balls but will never bring it back, she wants to play keep away once she has it. Every once in a while at the dog park she steals another dogs ball or Frisbee and takes off with it, and if the other dog will chase her she will never give it back.. even to me, which leaves me having to explain all of this to the other dogs owner. 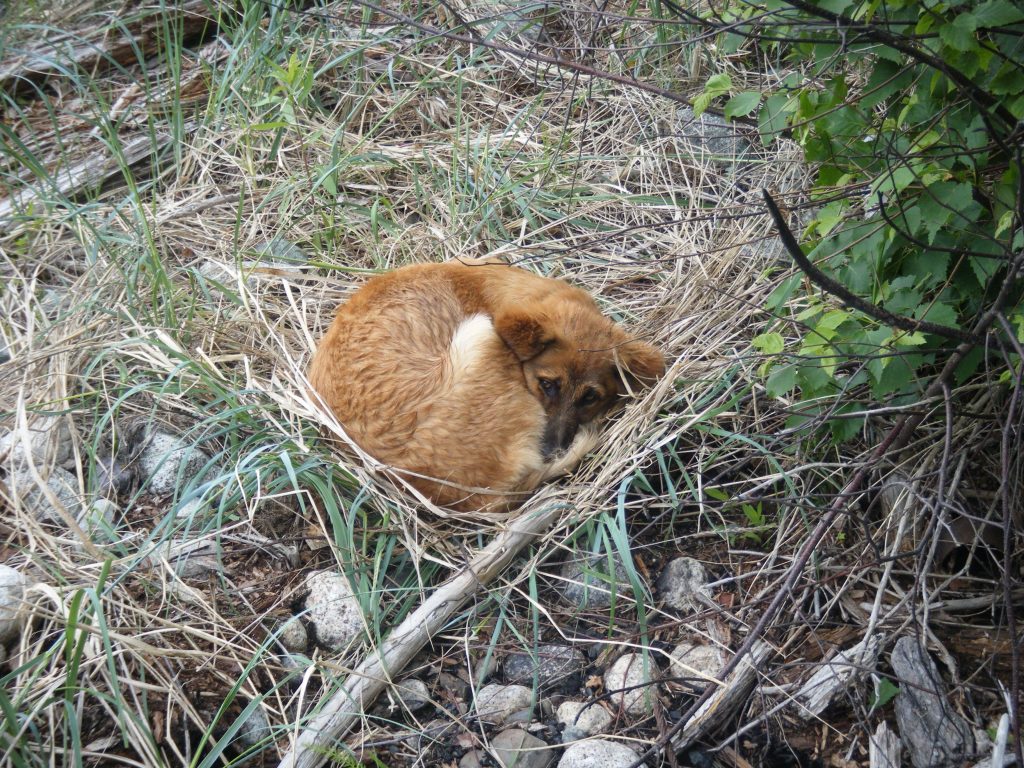 Classic pouting..  In this case she was ‘upset’ because she had been thrown in the ocean.. because she rolled in bear poo.  Photo by Claire Hinchliffe

Everyday we go the same dog park near my house (Ginter’s meadow) and if we have’t gone for a walk by 10 am she will just sit by the door and whine. This particular walk started as usual: I said the world “walk” as we were about to leave and she completely lost it, whining and running around by the door, standing right in between my legs as I’m trying to get my boots on. When we get to the park she is just as excited, and she sprints around in circles as soon as I let her off the leash. She spends most of the walk sniffing around, and peeing on a lot of things (mostly other pee). Even though she is a girl she recently started lifting her leg to pee “like a boy”. The first time I saw her do this was immediately after she watched a male dog do so. Female dogs marking is apparently not that uncommon (although it is less common in spayed females, which she is). It’s very likely that she learned this from other dogs, because she very suddenly started doing it, and now she does it constantly (although not in our yard, only at the park). 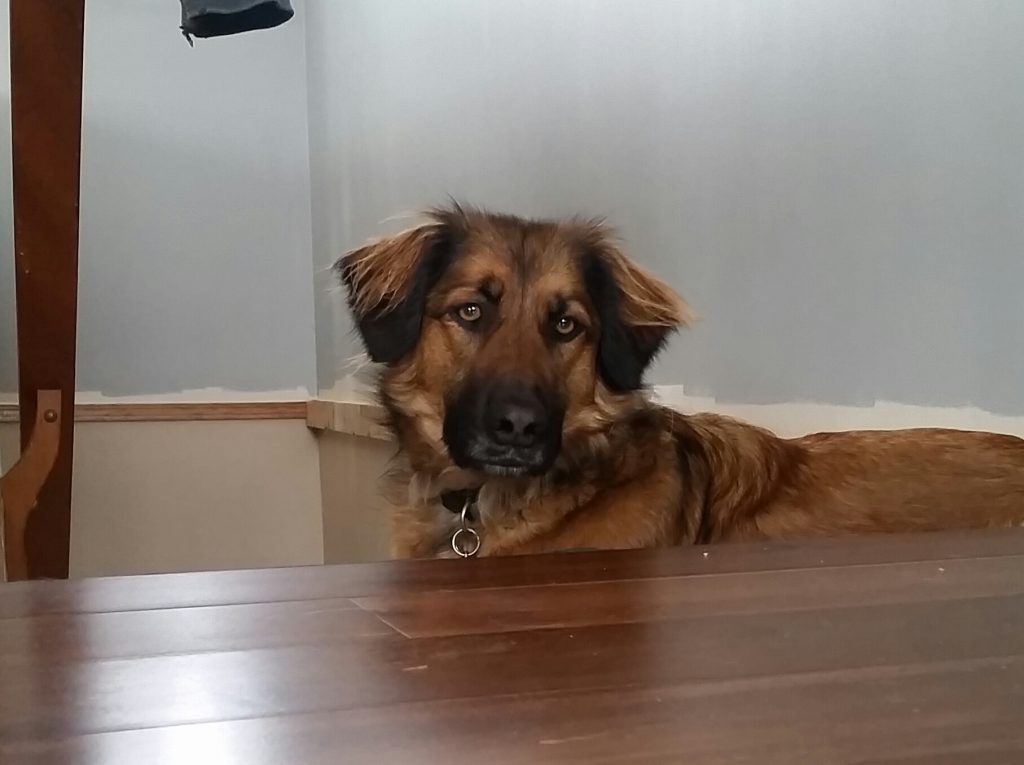 Waiting (impatiently) to be taken for a walk. photo by Claire Hinchliffe

We only met a couple other dogs on this walk since it was early in the morning but she approached them as usual: slowly with her tail up, and then they sniffed each other (both moving very slowly) and then she suddenly dropped her chest trying to get them to play with her. This position is used to communicate wanting to play, and that a prior or following action is a part of play, and not aggressive

This was our second walk since a snowman had been built at the park, and her reaction this time was very similar to the first time she saw it (video). She noticed it from very far away, and became very cautious, walking very slowly and close to me with her head down. She then started barking at it, and as we got close she was running around it and sort of bluff changing it. She has since become habituated to the snowman (or maybe she figured out it was made of snow), and now she barely reacts to it. She was also once really afraid of a particular life jacket because it was hanging on a clothes line. Here are some other dogs having trouble with inanimate objects. 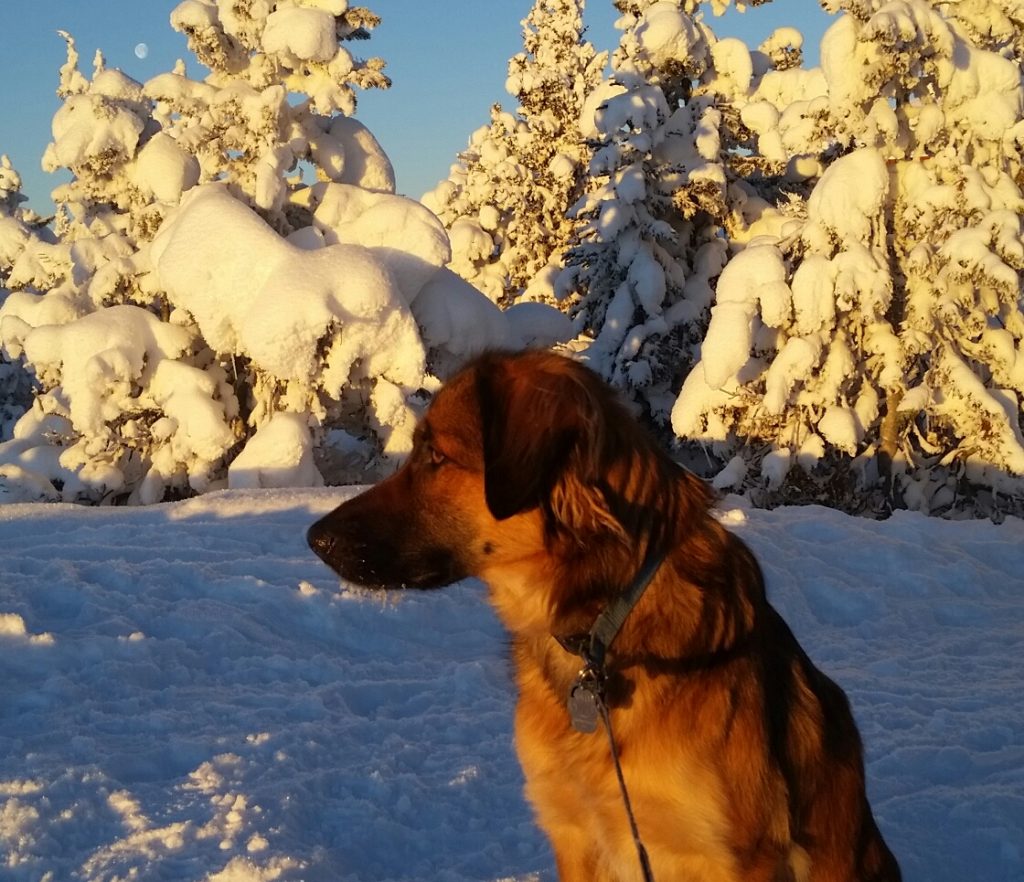 Here is another picture of my dog. Photo by Claire Hinchliffe

This work by Claire Hinchliffe is licensed under a Creative Commons CC-BY Attribution 4.0 International License.

Blossom and Banji the Almost-Fledged Hummingbirds