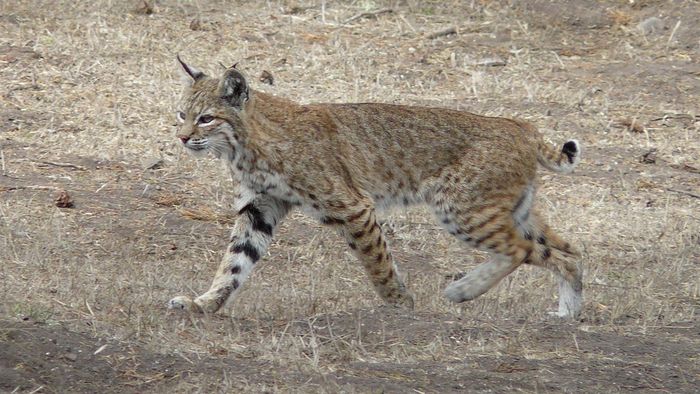 The Rat That Got Away!

When I clicked on the livecam viewer to watch a bobcat in a rehabilitation unit, I was only expecting to see a cat laying down on the ground or being cared for by a person from injuries. Boy! Was I  wrong! In what was supposed to be a short thirty minute experience of observing a bobcat in an enclosure. It became a two hour extravaganza of cheering on a bobcat to finally take down a rat that had been evading it since I tuned in to observe.

I watched a live cam found on explore.org of a bobcat from the intensive care section of Big Cat Rescue’s bobcat rehabilitation area. Fortunately, I tuned in to the live cam when a white rat was released in the bobcat’s enclosure.

At first, I noticed that the bobcat was very slow to leave its small den. This may be because they prefer a habitat that has dense forestation and the area outside of the den was wide open with only one small tree in it. The bobcat was most likely searching for potential dangers before it left the safety of its small den. The bobcat then seemed to be slinking out of it’s den towards a log. It hunched its shoulders and waited patiently, for a white rat to come out. The rat did eventually move to get out but, as soon as it did the bobcat pounced. Unfortunately, the bobcat missed, and the rat hid deeper into the log while the bobcat continued to paw at the holes on either side.

After the bobcat realized it was not getting anywhere with pawing at empty holes with no rat, it sat down beside the log to wait the rat out. The bobcat most likely did this due to the lack of other food sources in its vicinity. The bobcat found a potential food source and knew that it was not likely to find another one any time soon. I also do not know how long the bobcat has been in the intensive care unit, so it might just know by now that the rat is the food it will be receiving, so the effort required to hunt is worth it. 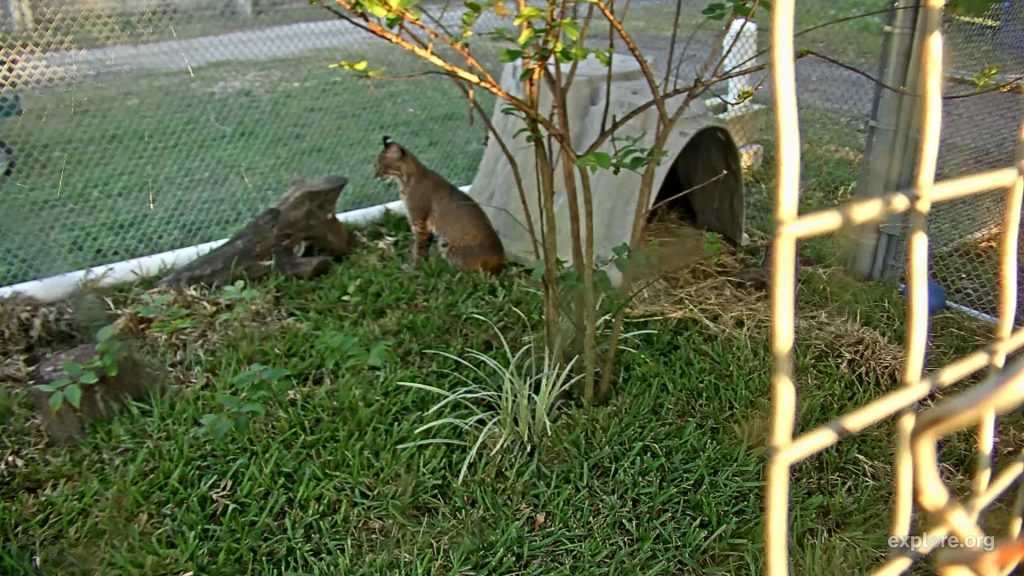 Snapshot taken by a livecam viewer (2018)

Watching this bobcat for a time, I soon noticed that while it was waiting patiently for the rat to come out again it would frequently look around itself at the slightest noise. My first thoughts were that it was in an intensive care facility for orphaned or injured bobcats. It might have been wounded previously and heard similar noises before the injury occurred that caused it to be there in the first place. Through research I discovered that bobcats are shy and solitary animals. This might indicate that the bobcat would easily want to leave the area if it knew it was being observed. Their shy and solitary natures is also indicated by this bobcat’s need to bolt into its den as soon as cars drive by. Every single time it would bolt into the den and stay there for a long time before starting the same process to get the rat over again. Looking both ways and then slowly stalking the area that it believed the rat was in.

As time passed the bobcat appeared to get increasingly clever. The rat was able to escape the log and hide behind the bobcat’s den. Instead of watching it continuously and waiting for it to come out of its new hiding spot the bobcat went around the other side of its den to head off the rat. Its efforts were fruitless. No matter how long the bobcat waited the rat would not come out and was in a position that the bobcat could not easily reach. 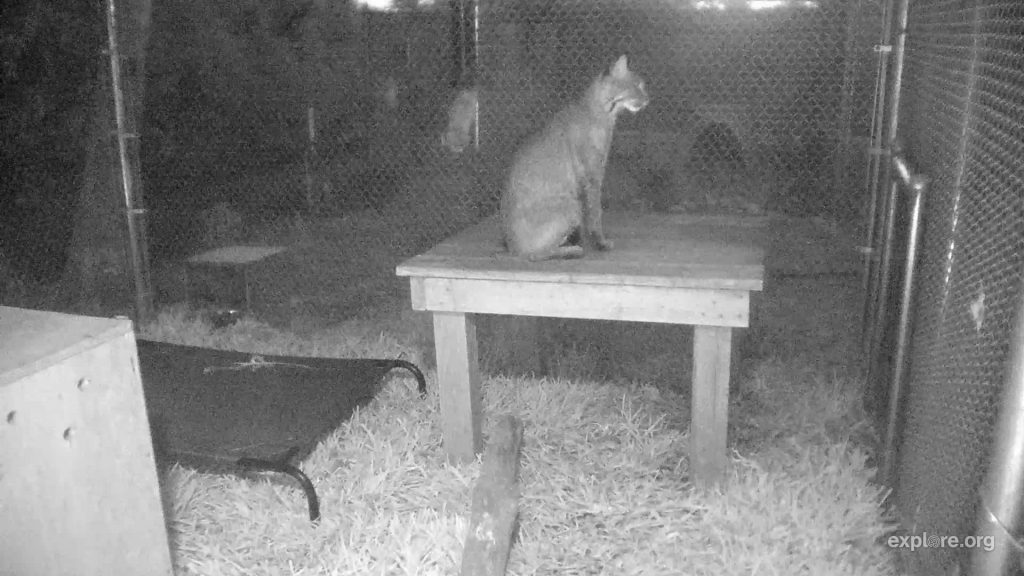 As the day turned to night the bobcat became more active. Even though this bobcat was observed being active during the day, bobcats are nocturnal. It was seen during my observations of the bobcat that as soon as it became dark in Tampa, Florida the bobcat would try different methods to catch the rat or just run from one side of the enclosure to the other.  It also climbed to the top of its platform on the other end of the small enclosure it was in. I watched it try one last attempt to get the rat which was to jump onto the top of its den to get the rat from above, but no cigars. At this point I had finished my observations of the bobcat and did not get to see it ultimately catch and eat the rat.

This work by Elizabeth Martin is licensed under a Creative Commons CC-BY Attribution 4.0 International License.