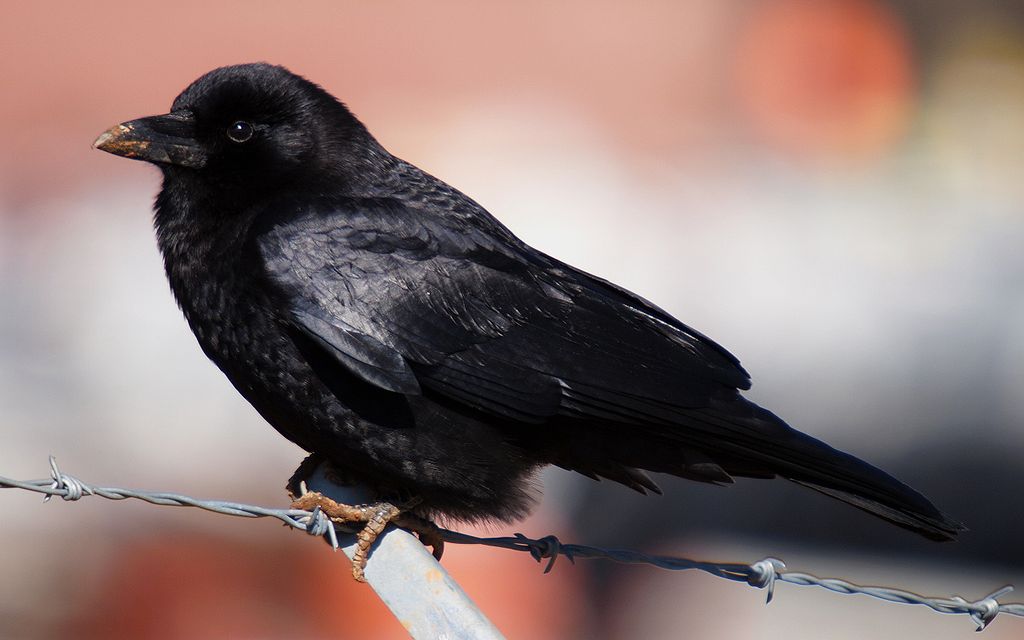 American crow perching on a fence. Photo by Ken Thomas.

THE AMERICAN CROW: LIFE OF AN OPPORTUNIST

When we think of animals in terms of “conservation,” we tend to think of those most in need of our attention. We think about tigers, elephants, pandas, anything that’s threatened or endangered. We don’t stop to think about how some animals, through their unique behaviours and adaptations, have managed to survive and even thrive in urban and rural environments. One of these animals is the American crow (Corvus brachyrhynchos), an opportunistic and intelligent corvid belonging to the order Passeriformes. In folk literature, crows have a long history of association with death, disease, and evil omens. This is likely due to the crow’s scavenging nature and presence near carrion, upon which it commonly feeds. Despite these darker depictions, the crow also plays an important role in First Nation culture and mythology.

Rapid development of human settlements and agriculture has led to substantial decrease in natural habitats. However, crows seem to thrive in these new environments. Those near urban environments live largely off of human refuse rather than their traditional diet of fruits, berries, insects, earthworms, carrion, and eggs and nestlings of other bird species. Although food scavenged from human garbage is often less nutritional than a crow’s natural diet, it has been observed that crows show preference for these readily available, less nutritive calories. Another benefit of the urban environment is a lack of threats to nestlings; crows living in suburbs have been observed to have overall higher nest success than those in rural environments.

So what behaviours provide crows with the ability to thrive in an environment that would, from a conservation perspective, be considered formidable to wild animals? First of all, crows possess the two characteristics that are most vital to adapting to life near humans: phenotypic plasticity (behavioural flexibility) and a “bold” temperament. Phenotypic plasticity is common in nature and allows individuals to adapt to changes in their environment. The crow’s bold temperament, on the other hand, can be described as a personality trait that most crows have. Animals with this type of temperament are more likely to inhabit high disturbance areas and take more risks that may ultimately increase their fitness. In addition to these behaviours, crows possess an incredible intelligence that allows them to observe and learn in order to solve complex problems. For example, some individuals have learned to use a combination of concrete roads, traffic, and traffic lights to safely and efficiently crack walnuts that would be unavailable to them in a natural environment. Others have been observed to fashion tools out of twigs that they use to extract prey such as grubs out of logs. This use of tools in a natural environment may also be useful to survive in urban environments. 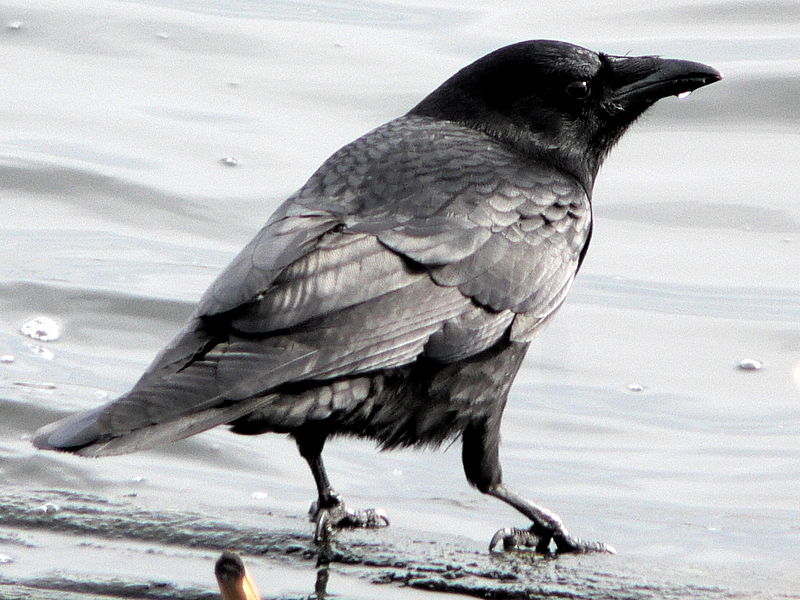 American crow on the shore of Union Bay (Seattle). Photograph by Walter Sigmund, distributed under a CC BY 2.5 license.

Although their adaptability to anthropogenic environments is beneficial to crows, it may have drawbacks for other species. Crows are known nest predators of numerous songbird species, as well as some waterfowl species. Urbanization creates mixed habitats of shrubs, small tree stands, grassy areas, and increased forest edges. This type of habitat provides excellent hunting grounds for crows, and they have easy access to eggs or nestlings of songbirds in urban shrubs. Although the impact of nest predation by crows on songbird populations may not be as drastic as previously thought, it is important to assess what effects urbanized crows may have on others species.

The crow’s extraordinary behaviours have allowed it to thrive in a modern environment that is hostile to most other species. It has learned to use the resources unintentionally provided by mankind in order to occupy a newly opened niche. Contrary to common beliefs that it is simply a nuisance species, we should consider ourselves fortunate that the crow is capable of adaptation to even the most urbanized centres and so it is unlikely that it will end up on the endangered species list anytime soon.

This work by Lena Richter is licensed under a Creative Commons CC-BY Attribution 4.0 International License.

Do You Even Love Me Back, Fox Mulder?