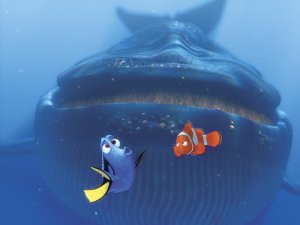 There is no doubt that humans excessively pollute the world around us, and the ocean is of no exception.  Plastics, oil and human waste are some of the many forms of pollution that have large impacts on marine life. We know that our cargo ships are polluting the atmosphere, and that offshore oil rigs can spill catastrophically, but we don’t often think about another way these developments are polluting the ocean: noise. Noise in the ocean comes from ship traffic, construction, oil and gas exploration and military sonar. This noise pollution can effect many organisms in the sea, especially those that rely on sound for vital purposes like communication, navigation and feeding. All species of whales communicate with sound for social purposes: keeping groups together and finding mates, sperm whales use sound to find prey and navigate by echolocation. Sound is the most effective mode of communication in the ocean because it can travel long distances, unlike light. Whales produce low frequency sounds that are the loudest sound produced by any organism. Blue whale sound can travel hundreds of kilometres unimpeded, allowing long distance communication with conspecifics and navigation. Recent increases in noise pollution means that the distance a whale vocalization can travel has decreased from 1600 km to 160 km in the past 70 years. Whales increase the frequency and volume of their calls in order to be heard over noise pollution. Male whales attract females by singing, so noise pollution can prevent mating, humpback whales increase the the length of their mating song in response to low frequency sonar.  Not only does noise pollution prevent effective communication, but shipping noise has been linked to chronic stress in whales. Chronic stress can have long term and severe effects on individuals and populations, like decreased survival or reproductive rates. 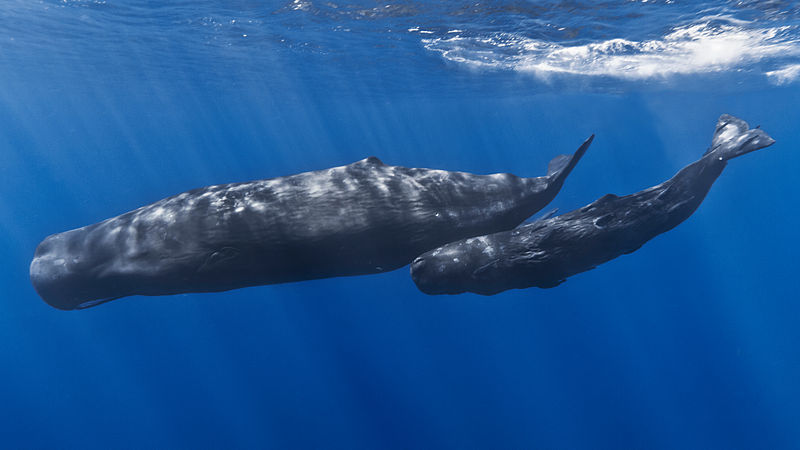 Shipping traffic may cause noise that stresses whales, and reduces their ability to communicate, there are sounds that humans produce in the ocean that can have much more acute and deadly consequences. Military sonar is incredibly powerful, and incredibly loud to a creature that needs good hearing to find a mate in the vast ocean. Many tragic mass stranding events have been linked to the use of military sonar, with brain and inner ear trauma being found in stranded pods of whales. A large portion of these stranding involved beaked whales, but sonar related stranding of sperm and minke whales have also been reported. It is likely that whale deaths related to sonar use are much more significant than what is seen, as only small portions of dead whales will wash up on beaches. 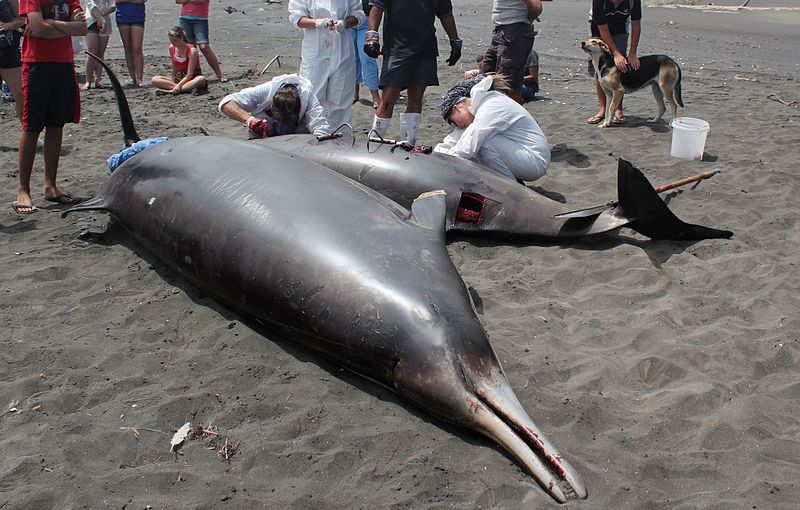 Seismic surveys are commonly used for oil and gas exploration by using high powered sonar to explore the surface of the sea bed. This exploration has also been found to change whale behaviour. Bowhead whales remain in an area with seismic surveys, and change the frequency and respiration rates of their dives, the impacts of these behavioural changes are not yet understood. Humpback and grey whales actively avoid seismic survey equipment, which could mean decreased mating or feeding opportunity depending on the location of the survey. More recently, reduced foraging activity of grey whales near seismic surveys has been observed. Building infrastructure like bridges, oil rigs and other marine developments may be temporary but it can still disturb whale behaviour. Humpback whales exposed to construction noise show no distinct behavioural changes but are more likely to become tangled in fishing nets.

There are many ways that whale disturbance can be decreased by reducing noise, but the international scope of this issue, as well as the difficulty involved with legislating in the global commons means these whales are grossly under protected. The National Ocean and Atmospheric Association is currently working to educate the public and on a project called CetSound, in which they will map key cetacean habitats and anthropogenic noise. Overlaying these maps will help to develop strategies to reduce noise in key feeding and mating habitats. More research like this is necessary to fully understand the impacts of sound pollution. There are some methods that can be used to dampen sound. Curtains of bubbles and gas filled balloons are some options to lessen sound pollution surrounding construction sites. Updating technology used to scan ocean bottoms for oil and gar surveys would also decrease the impacts on whale behaviour. High powered sonar is still being used by many militaries around the world, but it’s link to mass die off is now accepted, which is a first step to developing regulation to save the largest mammals. With a better understanding of the sound were producing and how it affects whales, we can begin to create an ocean in which whales can find food, each other, love, home and maybe even Dory.

This work by Claire Hinchliffe is licensed under a Creative Commons CC-BY Attribution 4.0 International License.