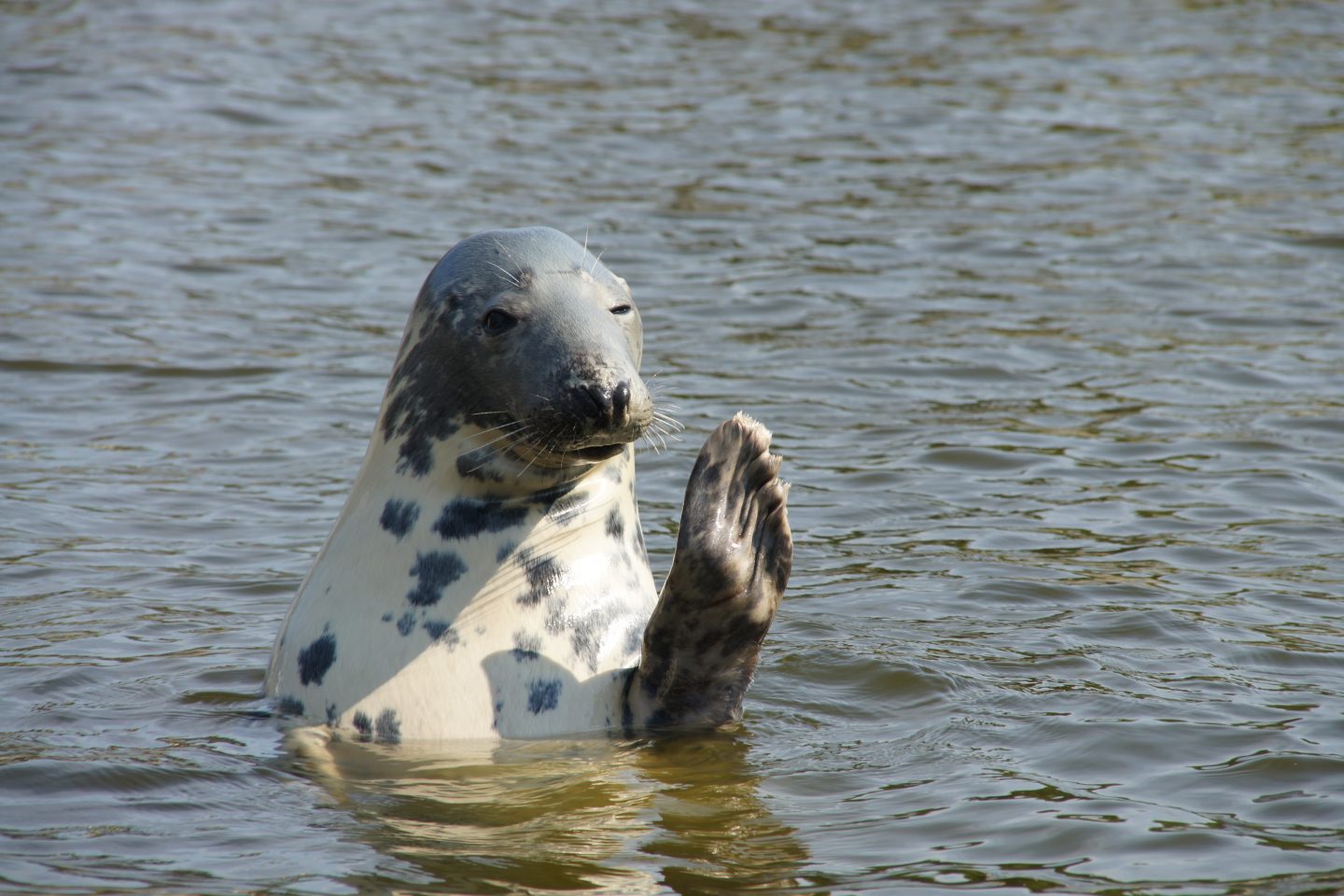 I had the opportunity to sit and watch how gray seals (Halichoerus grypus) behave, uninterrupted for upwards of an hour.  In this time I learned a few things but I was also left with a lot of questions unanswered as to why seals do the things they do.  I saw similarities between these seals and myself, behaviours that we share.  If you were to go to the gray seal pupping cam (http://explore.org/live-cams/player/seal-pups-cam), one of the first things you would most likely notice is the sedentary nature of these animals.  With no predators around to force them into activity they lay on the shore in large groups but within a safe distance of the water.  University students should feel some sort of kinship with this species, as their behaviour is reminiscent of a stressed student procrastinating studying and assignments.  Along with their inactive nature, they also keep a fairly large personal bubble that only the younger seals are able to penetrate.

As I watched these seals, lying there peacefully, I have to remind myself not to anthropomorphize their behaviour.  As similar as we seem, seals have something influencing their behaviour that is different from human beings.  Anthropomorphism, the action of applying human characteristics to other animal behaviours, is common in everyday life as well as in the media.  Famous singer, Elton John, wrote and sang a song that elaborates on seals intelligence:

Another behaviour exhibited by the seals was a fast but labourus sit up action that caused their upper body to elevate before they relaxed and flopped back to the ground.  I can only assume that some sort of noise or change in the wind caused a minor distress that the seas felt the need to investigate.  But this may also be due to the seals need to change their position slightly to get comfortable.  This is analogous to the effort most student s put into physical exercise, an initial burst is often seen along with the attempt to eat well before all this comes to a crashing halt.  One of the unanswered questions I asked myself is: are we really that different from these aquatic mammals?  Saskia Hart, a UNBC Biology undergrad described seals by saying that “they look cute and playful, but are secretly vicious”, which in my experience could also be applied to many university students.

This work by Samantha Brassington is licensed under a Creative Commons CC-BY Attribution 4.0 International License.