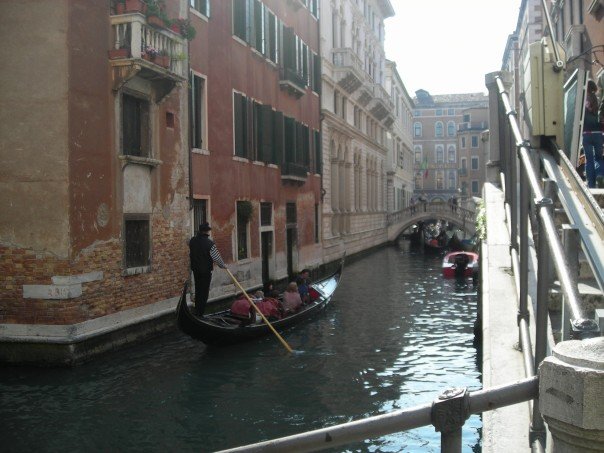 Gondolier and his gondola... what lurks beneath?

The City of Love! A Quick Review of Venetian Construction, Pollution… and Reproduction?

Since the mid 20th century, Venice has been one of the most popular tourist destinations in the world and its tourism industry continues to grow with each passing year. People from all over the world flock to this artificial island in the North Adriatic Sea, built up in the 9th-12th century on wooden piles, that contain astounding brick buildings and famous limestone walkways, along with various catholic monuments and churches. The famous gondola boats and their highly-skilled gondoliers expertly carve their ways through the greenish-blue canals, transporting people to areas not accessible by foot. The city has immeasurable beauty above the murky lagoon water, however, what lurks below could be considered even more so, and could provide the Venetian tourism industry with an entirely new tourist attraction. 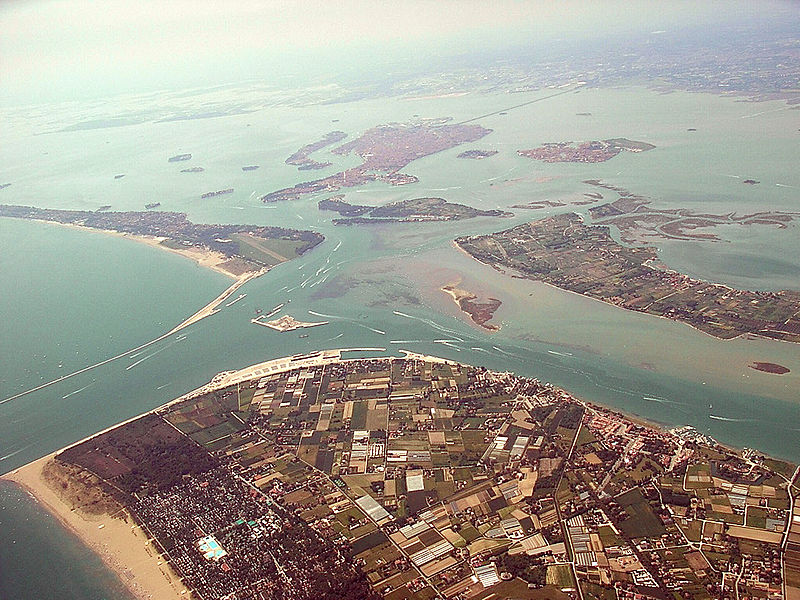 It is widely known that the island of Venice has been sinking at a rate of 1-2mm per year for quite some time, due to its wooden supports and heavy architecture pressing down into the soft, impressionable lagoon floor. Efforts to keep the city streets above sea level is constantly in motion, by means of constructing various types of floodgates and concrete supports, that have recently been found to have alternative uses! Beneath the cobblestone bridges, the concrete supports holding Venice afloat have created artificial reefs for more than 250 species of flora and fauna. This is incredible news, especially for avid divers and snorkelers, considering many popular dive locations around the world don’t have anywhere near this level of diversity! 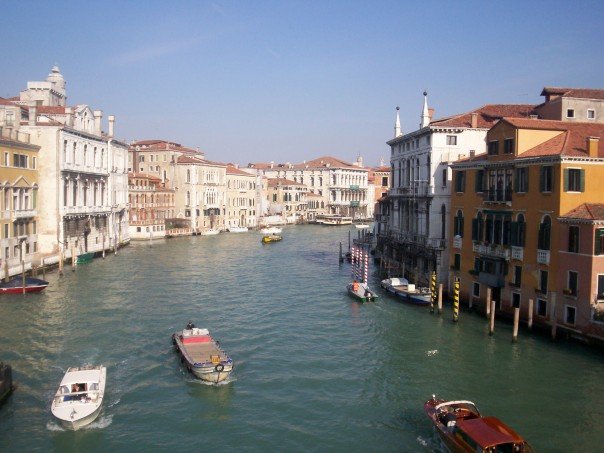 The artificial reefs allow various types of plants and crustaceans to grow, as well as attracts many species of fish to feed, take refuge and reproduce at these locations. Native fish species to the Northern Adriatic Sea coral reefs, such as the Brown Meagre, 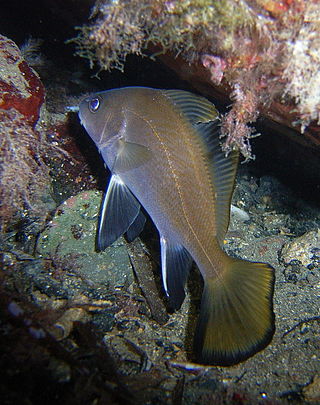 the Annular Seabream and the Steenbras fish (Fabi, 2006) have exploited the Venetian reefs to their greatest potential by feeding on small fish species and young mantis shrimp that reside in the many cracks and crevices. In turn, these small fish and shrimp feed on the algae and plants that have taken up residence on the concrete reef. Other large ocean-dwellers common to the North Adriatic have also been spotted in the Venetian Lagoon and have been frequent visitors since the reefs started to take shape. Some species include the Norway Lobster, Bottlenose Dolphin and the Starry Ray.

By now, you may start to wonder: Who would want to go snorkeling in the polluted waters surrounding Venice? Wouldn’t that be really…gross?!? Well, it turns out that the sewage system is in much better shape these days than say, during the 1980’s. Back then, the canals were so clogged up with…ahem…matter… that the natural undulations of the sea could not circulate through the canals, so this matter stayed put, for all to see (and smell!). This problem was largely due to the fact that the canals had not been properly cleaned in over 40 YEARS! Nowadays, these canals are cleaned out at regular intervals and the tides can do their job of “taking out the trash”. These new, lower levels of human waste surrounding Venice actually provide optimal nutrients for plants and algae to grow and support the influx of fishy tourists! Commercial species such as oysters and mussels are also thriving in their nutrient rich waters. Their biomass has nearly doubled within the last 10 years! 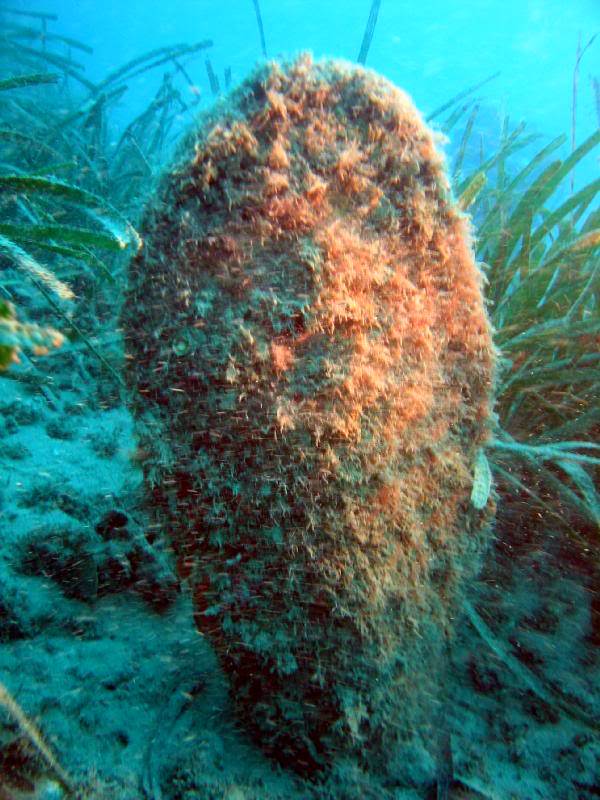 We can thank climate change for any foreign species in the lagoon. As the Adriatic slowly warms, species only previously found in the more southern waters of the Mediterranean Sea have been showing up in the Venice Lagoon. Divers can experience lush beds of non-native sea grasses on the lagoon floor, as well as delicate seahorses, sea urchins, giant medusa jellyfish (Squires, 2014) and the strong and sturdy bivalve, pinna nobilis(Johansen, 2009). Pinna nobilis can only survive and thrive in good quality water, so their presence in the Venice Lagoon is indicative of such conditions.

It won’t always be lollipops and sunshine for underwater Venice residents, I’m afraid. This polluted, nutrient rich construction zone has already seen some fierce competition between rivals for living space and food. The mud crab, Dyspanopeus sayi, has already been extirpated from the reefs by suffocating, foreign algae. The invasive Manila Clam has also been seen in large numbers, and is no doubt capable of taking over native bivalve populations. On the other hand, extirpation and competition are conveniently mitigated by humans, seeing as new additions of concrete stabilizers are necessary to keep Venice above water! 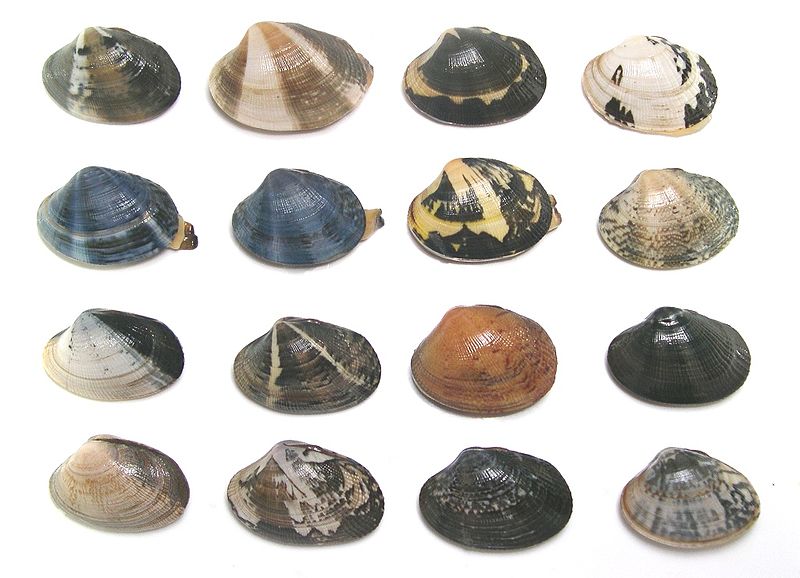 This provides plants, crustaceans, algae and fish with new habitat at regular intervals, slowing down competition between neighbors.

There has been an overall explosion in reproduction among all species and residents to the reef. This is due to the creation of habitat and nutrients by humans and  their excrement… Organisms living in these waters have endured centuries of constant pollution and modification which have probably made native species very resistant to extirpation, but perhaps less resilient when and if they are out-competed by foreign visitors. Nonetheless, the rapidity and strength of this relatively new, growing ecosystem is especially valuable to researchers who seek to study biodiversity as it develops. The Venice Lagoon ecosystem has entered into a new state because of these modifications, which make study, as well as conservation, top priorities. Regardless of their original distribution, the organisms that inhabit the Venice artificial reefs must be very well-adapted to this unnatural way of living, and management options must reflect conditions in order to keep this new reef alive and prosperous (Nadeau, 2008).

This work by Michelle Cundy is licensed under a Creative Commons CC-BY Attribution 4.0 International License.

The beginning of 2018 blog posts