Have you ever wondered how your animals think? Do they have decisions or do they act purely on engraved instinct? Animals behave in such an interesting way that all of them are unique. They have created a persona of possessing personalities which, most pet owners would agree to have seen. Among the cat world, there are many different dispositions cats may have. From playful to mean, every cat falls into one category. After extensive observing of all kinds of cats, I have come to a realization; no matter what personality, breed or size your cat may be, one thing is certain in the cat world: Cats love boxes. 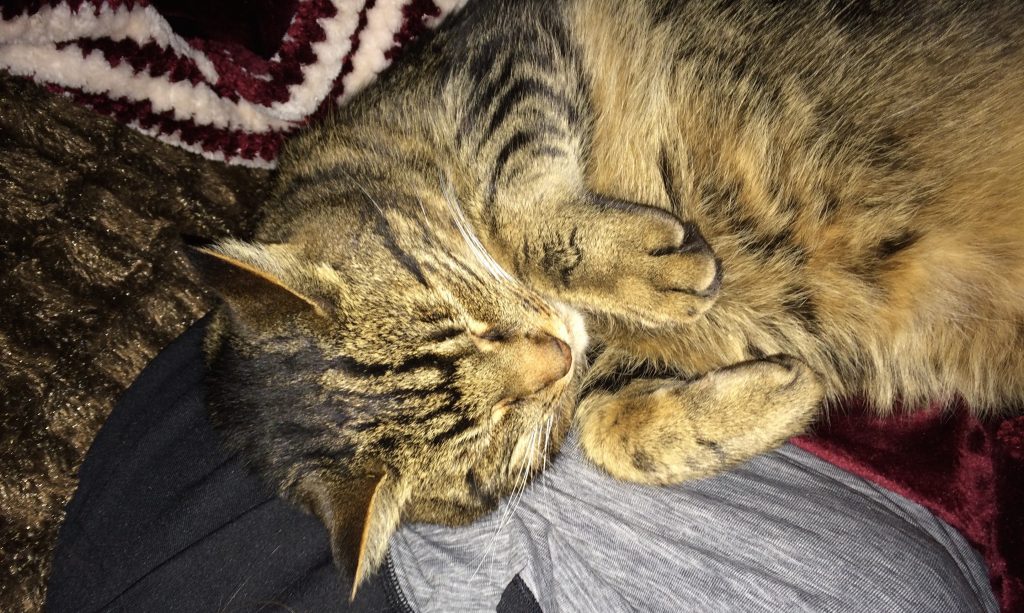 When I was younger, my mom had surprised me with my first kitten, Phoenix. He was brown, fluffy and full of energy. He was constantly playing with anything he could find; string, tin foil or the magnificent amount of toy mice we had gotten. There was no limitation on what he would play with. As he got older, he started to simmer down on the playfulness and began to love sleep. Even when I would try and entice him with string, he would stare at me with a dumbfounded look, and continue with his beauty sleep. One day I was intrigued by a video I had seen on social media about exotic cats, like lions and tigers, playing inside boxes. Being a curious human being, I began to contemplate if my cat, which I assumed was lazy, would also play with boxes. As simple as it sounds, I sat in front of an open box and watched my cat stealthily sneak up on a box I had left, and continued to jump in and out for a total of twenty-two minutes, until he finally got bored and fell asleep inside the box.

This strange behavior made me think why do cats love boxes. Is it their alluring figure, or does it have to do with evolutionary disposition. Science hasn’t fully cracked this particular feline mystery although there are obvious benefits to being in a box. As cats are ambush predators, boxes provide great hiding places to stalk their prey, although, latest research by Claudia Vinke as provided a significant difference in stress levels between cats with or without boxes. Boxes can be seen as a place of refuge where cats decrease levels of anxiety and hostility and can promote the adaptation of new surroundings faster (Vinke et al, 2014). Enclosed spaces are seen as seen an important enrichment for cats to cope effectively with stressors like other animals. Small spaces have also shown to promote heat reservation within cats assisting them to maintain their high body temperature without exceeding energy expenditures (Vinke et al, 2014). 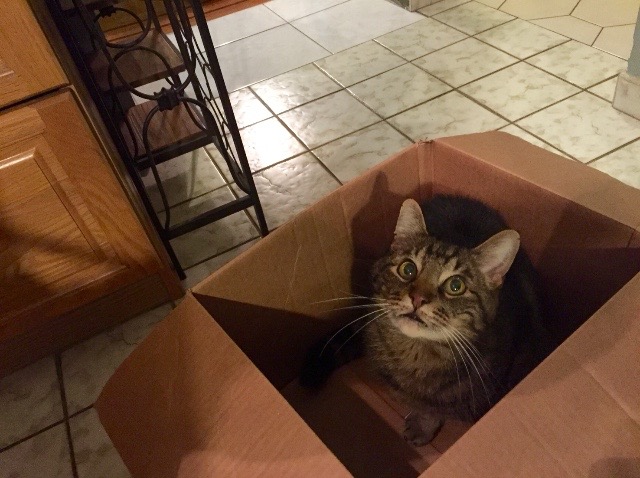 My cat Phoenix in a box-Photo by Ashley Sarazin

It’s no doubt Cats love small, enclosed places to sleep, but there are only a couple of explanations as to why. Animal behavior is a strange thing for humans to understand, especially scientifically. More research may be done to try and answer this amazing question but for now, as to why cats love boxes is unknown. All we know as a pet owner is that boxes can be extremely beneficial for coping with stress and can be a fun new toy. Ultimately, always have a box laying around the house for your fellow feline companion to enjoy.

This work by Ashley Sarazin is licensed under a Creative Commons CC-BY Attribution 4.0 International License.